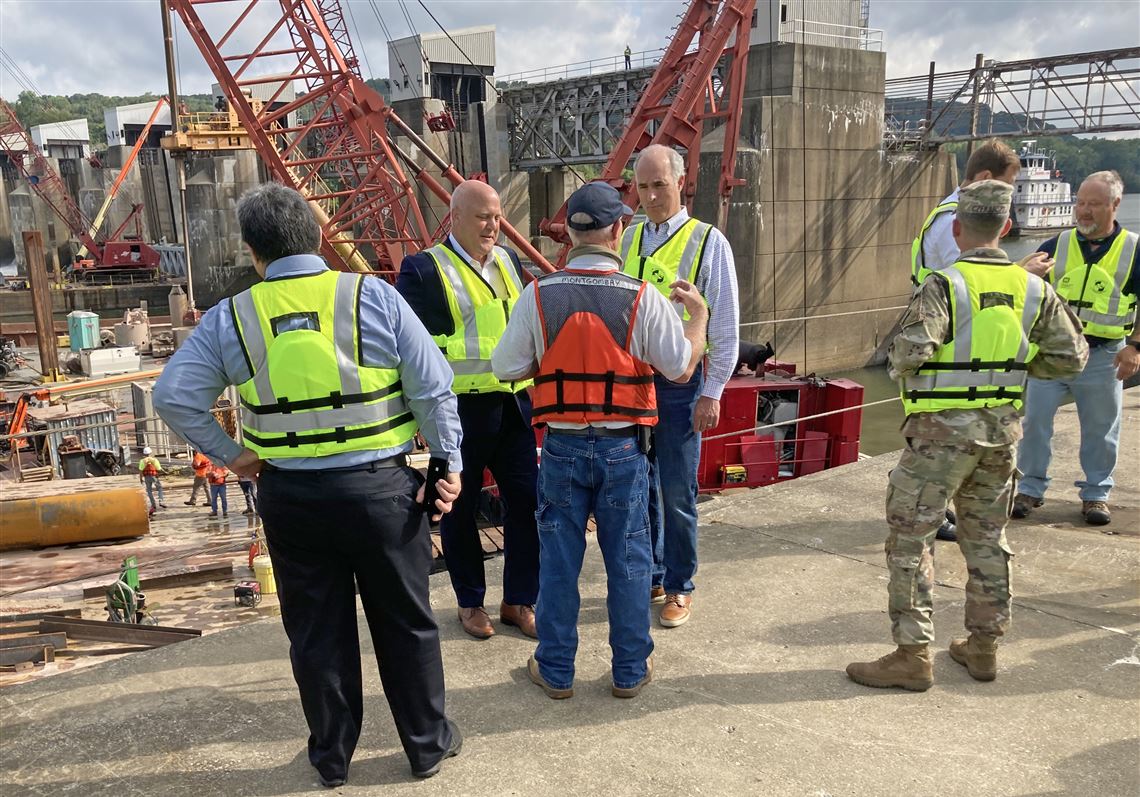 Federal, state and local officials toured the Montgomery Locks and Dam in Monaca on Tuesday morning to celebrate $857.7 million allocated to upgrade the facility over the next 10 years.

The project will involve replacing the facility’s auxiliary lock with a new, wider and longer lock to allow better movement of goods on the Ohio River. The new lock, which will be paid for with funds from the federal infrastructure bill, will give the site two of the larger locks.

“At the end of the day, that is what this really means,” Mr. Landrieu said after a tour of the dam with Col. Adam Czekanski, commander of the Pittsburgh region for the Army Corps of Engineers and lock master Willie Maynard.

Mr. Landrieu was joined on the tour by U.S. Sen. Bob Casey, U.S. Rep. Conor Lamb and Jaime Pinkham, principal deputy assistant secretary of the Army for civil works, as well as local elected officials and labor leaders. The Biden administration and Democratic supporters such as Mr. Casey and Mr. Lamb are highlighting major projects funded by the infrastructure bill across the country in the build-up to mid-term elections in November.

Mr. Pinkham and others noted the project is fully funded, not reliant on smaller yearly appropriations as many lock projects have been.

“We can really see this project move now,“ Mr. Pinkham said. “This is a celebration, but believe me, there are many more to come.”

Mr. Casey and Mr. Lamb stressed that upgrading the lock will send an important signal to the business community.

“What we want them to hear is, ‘They have their act together on infrastructure in this region,’” Mr. Lamb said.

The project, which is expected to be fully designed next year and go out for bids in early 2024, will involve closing the 56-foot-wide, 360-foot-long auxiliary lock. It will be replaced by a 100-foot-by-600-foot chamber, matching the size of the lock adjacent to the river bank.

Officials said the larger lock can move through 15 barges in one hour but the smaller lock would take 15 hours.

The current main chamber will remain open during the work, which could take as long as 10 years. The Montgomery facility opened in 1936 and is 32 miles downriver from Pittsburgh.