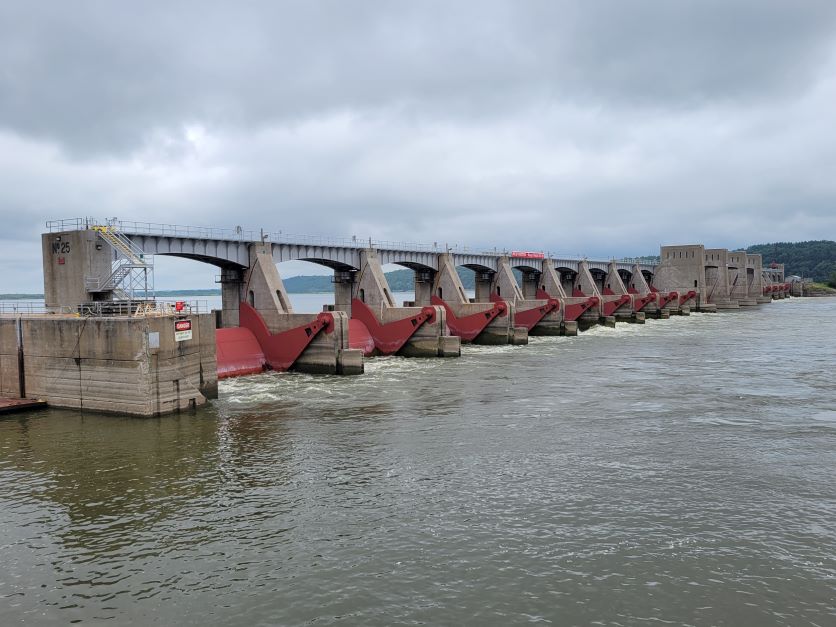 The Army Corps of Engineers is making headway on a major Mississippi River project that will make barge transportation on the river more efficient.

The Corps’ Navigation and Ecosystem Sustainability Program, which guides the development of a slate of projects along the Mississippi River, received a $829.1 million boost from Congress through the Infrastructure Investment and Jobs Act.

The funding has been a long time coming, according to Andrew Goodall, NESP’s program manager. Congress authorized the program in 2007, which includes $256 million worth of projects. But most of these were never actually granted the funding needed for construction, forcing the work to wait.

But now, infused with fresh appropriations from the IIJA, the agency can finally begin looking at completing some of them, starting with Locks 25 and 22.

The addition of a new 1,200-foot lock chamber at Lock 25 is welcome news for shippers, who see it as a way to improve efficiency and save time when transporting goods up the river. In order to pass through the current 600-foot chamber, 15-barge tows must decouple and then reassemble after all of their containers pass through the other side.

“We're going to get efficiency gains with this new lock chamber, but it's really about creating redundancy on the system,” said Deb Calhoun, the senior vice president for the Waterways Council. “And it is critically important to the ag sector, because if these locks go down you've got a problem.”

The new lock is one of seven 1,200-foot lock chamber projects included in NESP, with the others being Locks 20, 21, 22 and 24 on the Upper Mississippi River and LaGrange Lock and Peoria Lock on the Illinois Waterway. While the 2007 legislation put a combined $1.948 billion price tag on all of the chamber projects, Lock 25 is currently the only one that has been fully funded.

Jose Lopez, a Corps project manager, says the agency is currently soliciting bids for the project and hopes to award a contract by Sept. 30, the end of the fiscal year. He estimates that the contractors could begin operating on the project in late winter or early spring, though he noted that it could take a while for them to finish their designs.

“We are hyper-focused on the fact that we received this appropriation from Congress to go out and design and build the project,” Lopez said. “We’ve got our foot down on the gas doing all of the work that we need to do to get that constructed.”

Marty Hettel, the vice president of government affairs at American Commercial Barge Lines, says the project should help shippers save time and move more goods. When the five 1,200-foot chambers eventually get built, he estimates each lock will save his company around two and a half hours of transit time.

“Once these 1,200-foot locks are done, it's going to create additional capacity without building additional tow boats and barges,” Hettel said.

In addition to building the 1,200-foot chamber at Lock 25 and creating fish passages at Lock 22, the Corps is planning to use some funding to notch a series of wing dams throughout Pool 2 to improve main channel border habitat for fish, install a mooring cell at Lock 14 and construct a breakwater at Starved Rock Lock and Dam. The agency is also funding environmental projects at Twin Island and the Alton Pools Islands, both near Alton, Illinois.