Mississippi Commerce needs US investments to defend against future flooding

Maritime commerce along the Mississippi River is slowly recovering after 2019 rains and floods disrupted port operations, shipping, tug and barge services, roads and farming, but the region cannot fully recover without a dramatic increase in federal spending for expanded levels of flood control that must be made along with federal spending for other long-neglected infrastructure investments, according to Sean Duffy, executive director of the Louisiana-based Big River Coalition.

In an interview with AJOT, Duffy, whose organization supports maritime commerce along the Mississippi River, says that flood waters may not recede to manageable levels until September and that the region’s commerce remains at risk:

“The competitiveness of our maritime commerce is at risk because we have experienced unprecedented rains and flooding that have undermined shipping, tug and barge operations not to mention towns and farmland in Oklahoma, Missouri, Nebraska, Iowa, Mississippi and Louisiana.“ 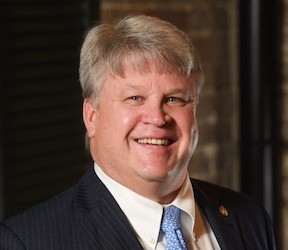 Duffy says the United States needs to make major new investments in its infrastructure that have been neglected for decades:

“We have not been investing in our infrastructure since the 1970s and so we are living off the investment made by our forefathers…We cannot just talk about spending to recover; we have to invest for the future in anticipation that 2019 will happen again if not in 2020 then maybe 2021…We need a multi-generational maritime infrastructure approach to support more barge traffic and bigger and bigger ships…We have to make the investment in ship channels, dams, locks, barge channels but also we need to invest in bridges, roadways and rail. It’s a stiff price tag.”

He noted that three Mississippi port communities suffered minimal flooding damage during 2019 because they had benefitted from updated flood control investments. They were: Memphis, Tennessee; Arkansas City, Arkansas and Vicksburg, Mississippi.

As a measure of how unprecedented 2019 rains and flooding were, Duffy noted that the U.S. Army Corps of Engineers (USACE) had only recently closed the Bonnet Carré Spillway. The flood control structure, located about 33 miles upriver from New Orleans, diverts water from the Mississippi River to Lake Pontchartrain and onward to the Gulf of Mexico. The Bonnet Carré is designed to prevent high levels of water flowing down the Mississippi and flooding New Orleans.

In order to protect New Orleans, the Bonnet Carré had to be opened twice in 2019. By comparison, the spillway was used three times in the 1970s.

Debra Calhoun, senior vice president for the Washington, D.C.-based Waterways Council, Inc. told AJOT: “In a disaster like this year, you do see the importance of a resilient and reliable inland waterway system for shippers.”

The Waterways Council continues to urge that the waterways be included in any infrastructure bill that Congress will consider. Unfortunately, as long as there is no agreement on the revenue source, the necessary investment for flood control for Mississippi river communities and commerce remains “pie in the sky.”

The Council is urging the funding and completion of 25 lock and dam projects, including projects located along the Mississippi, requiring $8.8 billion “which is a drop in the bucket compared to the billions required to fund upgrades to the highways.”

Duffy supports these investments but says it will not be enough to defend against a repeat of 2019 rainfall and flooding.

Duffy has long been an advocate for a fully-funded U.S. Army Corps of Engineers dredge program for both economic and environmental reasons. A fully dredged Mississippi ship channel means more efficient and reliable commercial navigation and wetlands expansion for Louisiana.

Since 2009, he estimates that various dredging projects will have converted the 10,000 acres of reclaimed lands from dredge materials by the end of 2019: “The 10,000 acres makes us the largest wetlands restoration project in the world…”